I recently read Speed Trap for the first time in many years, curious to see if its ideas had stood the test of time. I was surprised by the book’s sober tone. It has a morning-after hangover vibe: “I guess last night was amazing, but I can’t remember it all; I must have blacked out. Now it hurts just to blink. Let’s never do that again.”

Speed Trap shows how we thought about online opportunities one year after the dot-com bubble burst. In retrospect, many of my thoughts about the internet’s future evolution missed the mark. If you think history repeats itself, then these forecasting errors might be germane, since startup valuations and VC investments are once again declining. Reasoning that today’s tech entrepreneurs and investors might value a history lesson, I’ve published Speed Trap as an ebook, which is downloadable for free in ePub, Mobi and PDF formats, and available in the iBooks Store for free and in the Kindle Store for $0.99. 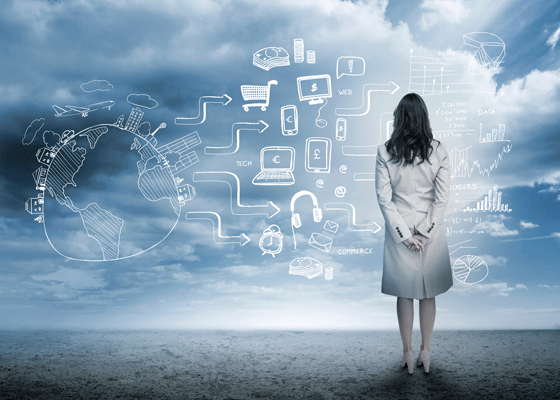 With the benefit of fifteen years worth of hindsight, it is evident that Speed Trap, when looking ahead, had a profound status quo bias. The book did anticipate that broadband and wireless internet access technologies would spread. Otherwise, Speed Trap didn’t foresee major changes in how consumers and businesses would use the Internet.

As a result, Speed Trap’s errors of omission are alarming. Here’s a sample what I didn’t see coming as I wrote the book in 2001:

Because it turned a blind eye to these black swans and big trends, Speed Trap assumed that market shares would remain stable in key online markets. For example, the book asserted that by 2001 online recruiting was a mature category, and predicted that Monster.com was unlikely to be usurped as its leader. By 2012, according to Reuters, Monster’s 23 percent US market share lagged CareerBuilder’s 34 percent. LinkedIn, propelled by the social networking wave, had captured 16 percent of the market in 2012 and was poised for explosive growth.

Readers who are too young to recall the dot-com crash might reasonably ask whether my interpretations in 2001 were idiosyncratic—perhaps because I was, as an academic, either excessively cautious or simply clueless. With respect to my understanding of internet businesses, I’ll let Speed Trap’scontent speak for itself. With respect to the book’s conservative tone, I do think I was reflecting the Zeitgeist. If you are skeptical, read Michael Lewis’s 2002 New York Times Magazine article “In Defense of the Boom.” Lewis writes, “The markets, having tasted skepticism, are beginning to overdose. The bust likes to think of itself as a radical departure from the boom, but it has in common with it one big thing: a mob mentality.” Likewise, the economist Charles Kindleberger, in his seminal 1978 book on the history of stock market bubbles, Manias, Panics and Crashes, explains that after a bubble bursts—during what he calls the “revulsion” phase—most investors lose their appetite for risk taking.

Our collective conservatism in the immediate wake of the dot-com crash might be seen as what management scholars call a threat-rigidity response. Individuals and organizations, when confronted with a severe threat, tend to constrict their information processing, focusing “tunnel-vision” attention on dominant rather than peripheral environmental cues. Threatened parties then tend to rely, in a rigid manner, on familiar responses to those cues—often with bad results.

If this premise seems plausible, then we should ask: Have recent declines in startup valuations and VC investments have been big enough to elicit another threat-rigidity response? Probably not—at least not yet. But when bright shiny objects—akin to today’s virtual reality or Internet of Things—finally fail to attract investor interest, then we might posit that the cycle is reaching its trough.

So if, in the wake of a future sector crash, entrepreneurs and investors anticipate a sector-level threat-rigidity response, what should they do? In a severe downturn, entrepreneurs must, of course, cut costs and conserve capital. Dozens of VC blogs over the past few months have already offered this advice. VCs face a more difficult decision if they expect an industrywide threat-rigidity response: When most peers are cautious and skeptical of radical new venture concepts, maybe it’s time to be a contrarian?

Likewise, during a bubble’s revulsion phase, established corporations face interesting opportunities to acquire valuable assets at fire sale prices. One surprise from the early 2000s was how few corporations exploited this opportunity, despite having strong balance sheets. Only a handful of internet startups were acquired by big incumbents during 2001: HotJobs by Yahoo, MP3.Com by Universal, and Peapod by Ahold. The pace of acquisitions didn’t really pick up until 2004.

If you read Speed Trap, I hope you will find value. For Internet veterans, the book should rekindle nostalgic memories of startups that bring to mind my favorite line from the movie Blade Runner: “The light that burns twice as bright burns half as long.” Remember Boo.com, Webvan, eToys, Pseudo.com, Pets.com, and Kozmo? Disney’s $790 million Go.com debacle?

For tech entrepreneurs who may have been in middle school during the late 1990s, Speed Trap may provide some historical perspective on the origins of the business models upon which you are building, and some lessons for navigating a boom-bust cycle.